Gaming under DOS played a big part in my early years even though I didn’t understand all that memory gathering and config file editing at first. But my uncle lend me a hand in this until I could even reserve some memory for games that didn’t ran well on my computer back then. Hell, he was responsible for me getting into gaming big time after he convinced my parents that I needed a computer for school.

I was seven years old as he gave me my first DOS game Wolfenstein 3D, which is to this day banned in my country Germany. But I played it and loved it. The fast paced movement, shooting bad guys was sensational and getting motion-sickness didn’t stop me adoring it. This stupid dogs.. to this day I remember being horrified the first time I encountered one behind a door. 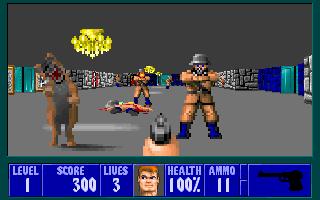 I was seven years old and played the amazing but banned Wolfenstein 3D!

If there is a developer I lost my heart to, then it’s Westwood Studios. I remember having this big pile of pages for the first Legend of Kryandia game on my table, referring to it when needed. Countless hours of Lands of Lore together with my best buddy back then was just the tip of the iceberg until I finally got it: Command & Conquer. I was fascinated by playing CnC, starting over and over. Playing with the rich color customization the game offers, sinking deeper into each mission with crazier color setups. Commanding NOD Marines and Tanks in a pink and orange colored desert… check! I felt like being in gamers heaven! 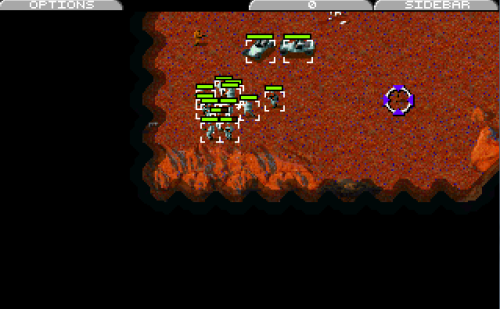 Sadly, it wasn’t all colorful and happy with gaming under DOS. I blame LGS’s System Shock and IDsoft’s Doom giving me weeks of hellish, creepy FUN! Might it have been crawling around corners with an energy blaster in hand, avoiding being an easy target for SHODAN’s Cyborgs or spinning around like crazy, never letting my finger slip off the shoot button while seeing countless monsters and zombies, thirsty for my blood, gathering around me. 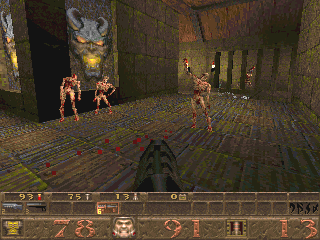 Parents forbid playing Quake – But we did anyway!

To end this moment of nostalgia, let me tell you one last story. A good friend of my best buddy back then brought his stepfather two games to play. One was Blizzard’s Warcraft 2, the other was IDsoft’s Quake. His stepfather forbid us to play Quake, since it was not appropriate for our age. Too bad, at the same night we sneaked down into the computer room, picked Quake and began adoring it. Nobody would ever know. It was a hell of a time. Gaming under DOS is responsible for the person I am now. Thanks DOS! You earned a place in my hearth!

My name is Joey and I'm an active Lets Player on Youtube for more than 8 years now. I'm playing and writing about games of my childhood & sometimes even step into the world of modern gaming.
View all posts by acantophis3rd →
This entry was posted in Legacy Posts and tagged command & conquer, gaming, ms-dos, nostalgia, quake, wolfenstein 3d, youth. Bookmark the permalink.