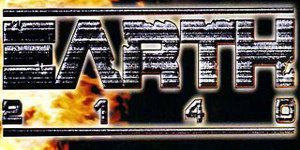 Not many people around the world know Earth 2140. If you ask  gamers from Poland or Germany, that experienced the 90s, “Do you remember Earth 2140?”, the answer almost will be “Yes, I do. It was a hell of a realistic war game!”. Ask someone younger or not in europe born gamer, then the answer will always be “Earth 2, What?”. The embarrassing Windows XP re-releases of Zuzzex in 2006 took its part to let people say only bad things about the game which was once titled as the hardest and most challenging and realistic real-time strategy game ever made. The crippled artificial intelligence from the XP release that lets the computer enemy sit back and do nothing is criticized by longtime fans for more than 4 years now, without any  statement or fix released from Zuzzex or the third party company which modified the game for XP itself.

I purchased Zuzzex’s Earth 2140 XP release for 1,99 EUR one year before and was greatly disappointed about my own stupid act (because I was warned before by posts from the Zuzzex Forum)  to have payed for a half product without the once by many fans around europe loved difficulty. But I payed such a low price and never complained. Instead, I wanted to purchase the GoldOldGames version, until I read that this release is the same as the one from Zuzzex. If I were responsible for the content on GOG, then I would take this Earth 2140 Trilogy package out of the catalog. Just saying.

Well, I lost my original copies of the two expansion packs from 1997-1998, purchased a worse re-released version from Zuzzex but didn’t made the same mistake again and denied purchasing the GOG offer of Earth 2140. My last action was to purchase the original MS-DOS discs from a private seller on E-bay. Today the package arrived!

I opened the package already as you can see on the photos above. All three discs were inside. Since the discs were used I checked the back of each disc and didn’t found any heavy damage. The main reason for me to buy the original discs was the CD-Audio Soundtrack. I plugged in my old CD-Player and inserted the discs. The most interest I got into the Audio on the two Expansion Packs. I listened to both discs and enjoyed the amazing not on the original Soundtrack included compositions of Joachim Schaefer.

My next need was to create virtual copies of the discs. I installed SlySofts Clone CD and burned the entire discs into images with additional .ccd – The file that holds the discs information. Now its possible for me to mount the images through the .ccd in my virtual CD-ROM drive and to listen to the soundtrack while playing. I also created super high quality copies of the CD-Audio for my own personal enjoyment.

I am very happy now. I replaced the lost original discs through two from a private E-bay seller, secured the discs for eternity as virtual copies and can now listen to the amazing game soundtrack whenever I want. The Earth 2140 MS-DOS discs are a rarity – to me at least – and playing the game in the near future in its original state makes me smile, even now.